Information on Berwick's response to COVID-19 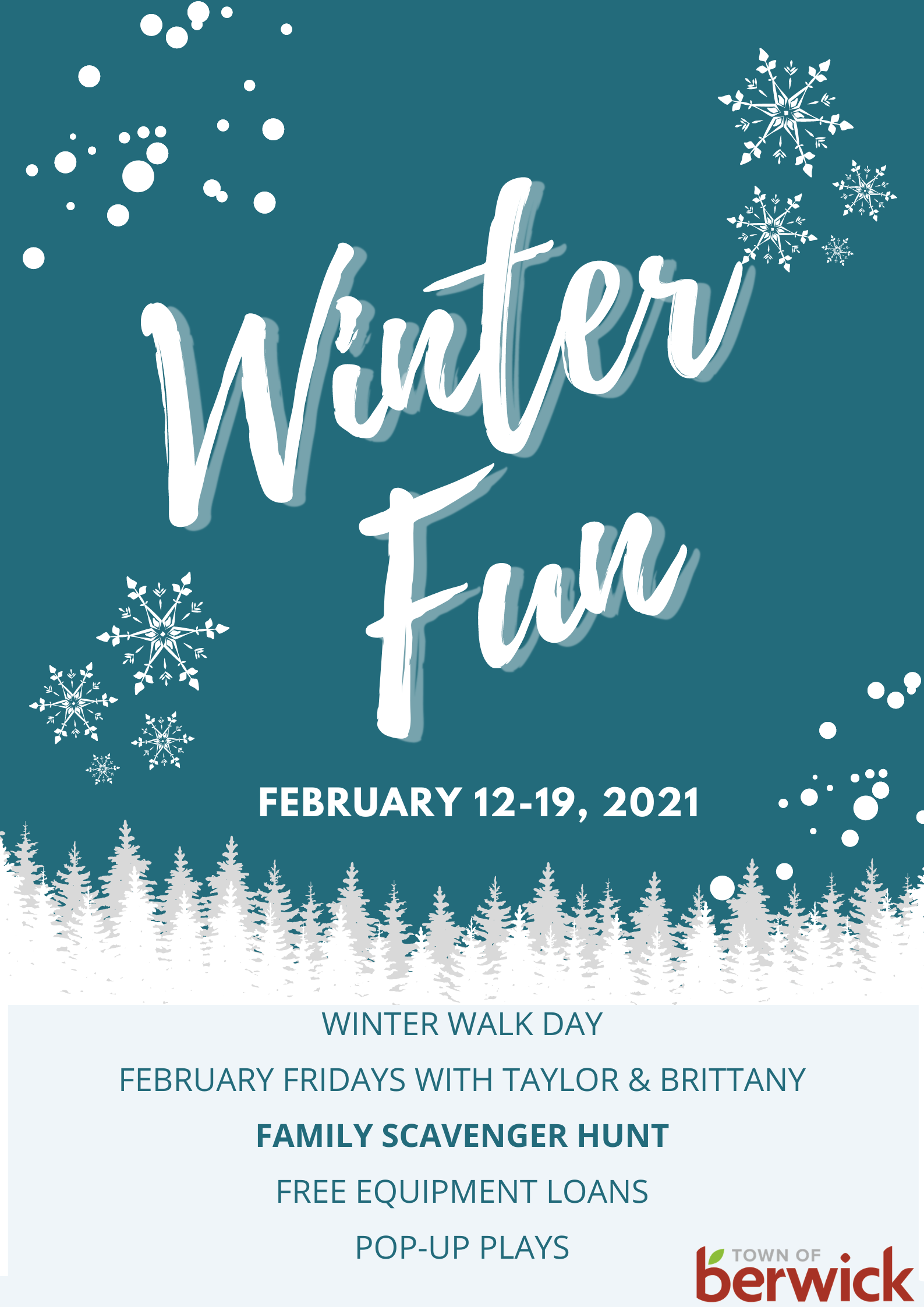 Lincoln Alexander became the first black Member of Parliament in Canada when he was elected in 1968 (he went on to serve for twelve years!).
He became Canada’s first Black Cabinet Minister, upon his appointment as the federal Minister of Labour (1979-1980) and he topped these remarkable achievements by becoming Canada’s first Black Lieutenant Governor when he was appointed Lieutenant Governor of Ontario (1985-1991).

Alexander went on to hold many important positions outside of his political career, including being the first chairman of the Canadian Race Relations Foundation.

“[The General] said, ‘. . . you have got a hell of a job because [racism] is all over the place.’ And he is right. But because it is all over the place doesn’t give you the right to sit back and say, ‘well, we can’t try to eradicate it, lessen it.’ I think we have to be in the forefront, and let these people know that it is evil, it is terrible.”

"Our lives begin to end the day we become silent about things that matter." 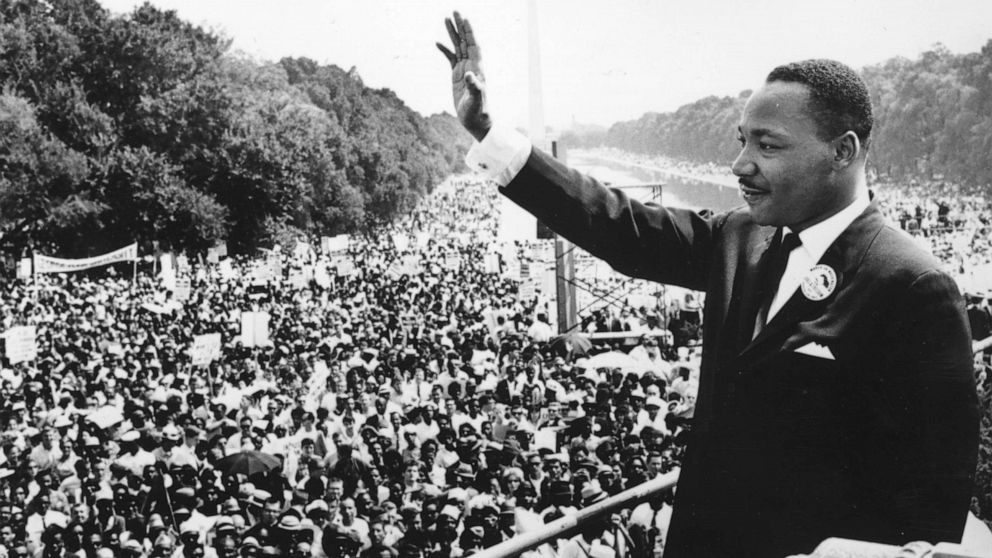 Are you a parent of a youth aged 11-15? Do you work with youth 11-15? Are YOU a youth aged 11-15? We'd love to have your input on current and future programming opportunities with the Town of Berwick!
A brief survey can be found here: https://forms.gle/KjdNdHcasDt11NE29
Please note that the most efficient way to have your feedback considered is to fill out the survey form, as social media comments can be missed!

Superhero /ˈsuːpɚˌhiroʊ/ noun
1 : a fictional character who has amazing powers (such as the ability to fly)
2 : a very heroic person 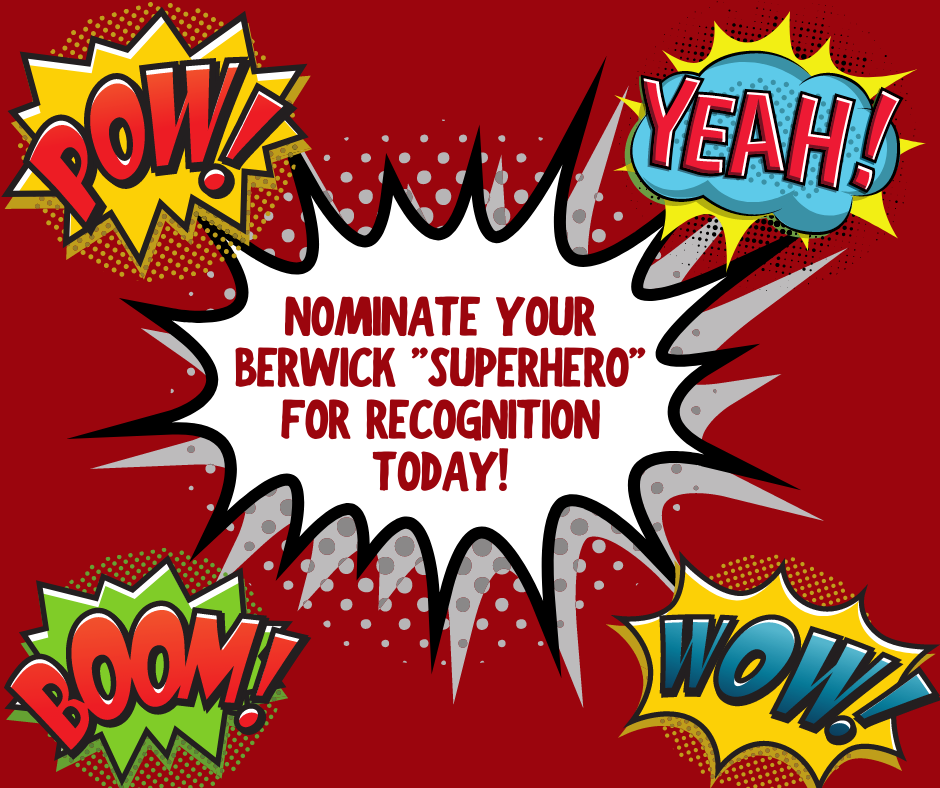 We have real superheroes here in the Town of Berwick - they are our volunteers; the people leading change and making a difference in our community.

Nominate a deserving volunteer today, for recognition this spring.

A volunteer, in our definition, is a person who is engaged in the community without expectation of paid remuneration for their service. This could be someone who is organizing events, engaging residents on social media, coaching sports, involved in community organizations or in many other roles!

We want to celebrate them all!

The nomination form can be found here: https://forms.gle/mrBycBYmDumj14Td6

January 7, 2021 -
As you may have noticed, we are experiencing some technical difficulty with our electronic sign. The good news this time, is that it is a human error and should be resolved quickly!
We will update when the sign is displaying new and current information - thank you for your understanding. 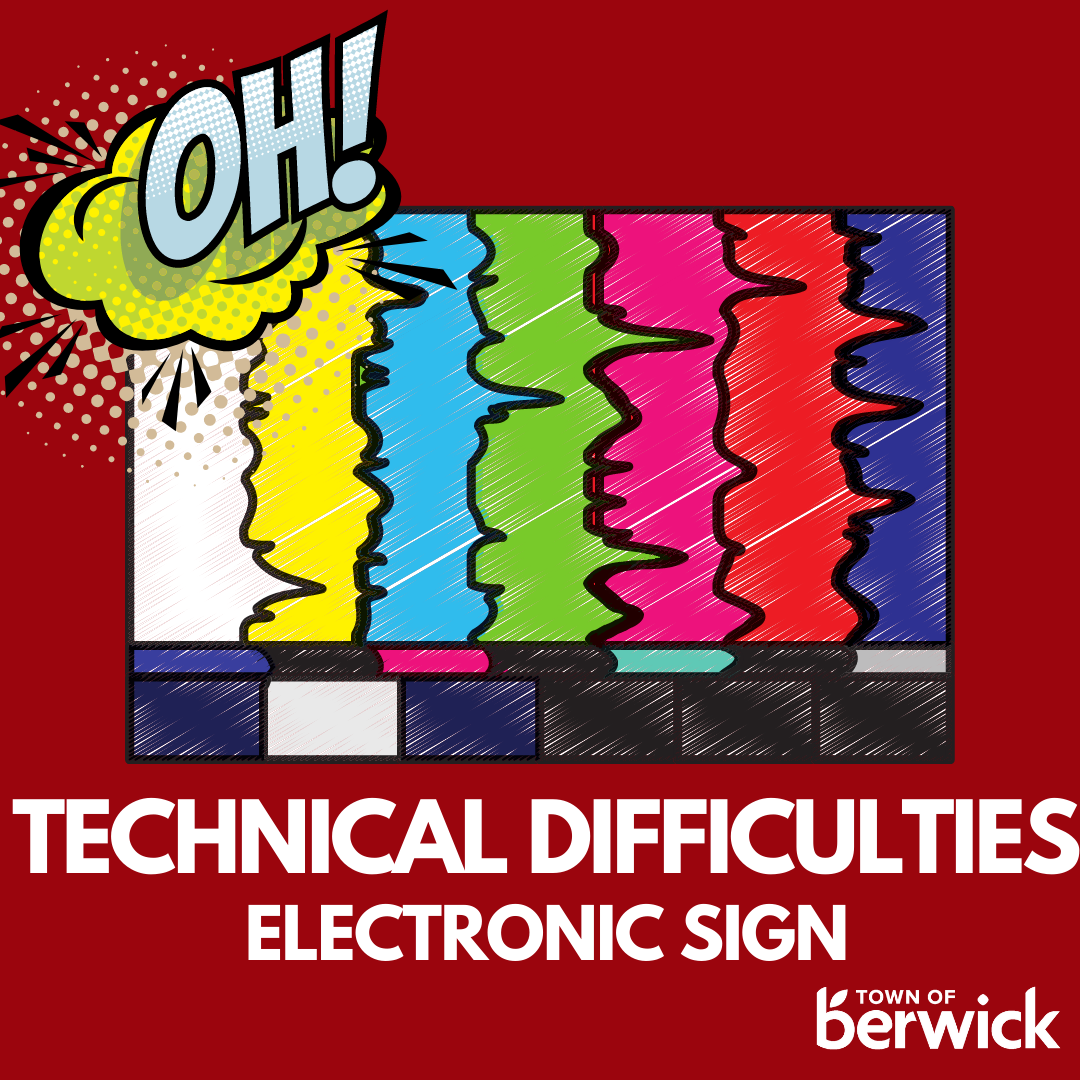